On a country road

As we drove out of Barlonyo refugee camp I peered between the brick structures along the road, trying to glimpse the red house where community leader, Moses, said he hid with twenty one others when the LRA swarmed the camp, slaughtering hundreds. He and the others waited until the rebels whistled the all clear, then ran off one by one into the shelter of the bush under smoke cover from burning huts and the burning flesh of family and neighbors. Ten years later, a monument remains to the people who died and more than seven hundred live at Barlonyo. Nearly this number died or were never found for after the massacre.

On the road back to Lira, children waved from every yard. Grown ups too were gathered on the shady side of their houses, circled up in red and white plastic chairs, not just four or five people, but a dozen or
more. And circles of men waved to us from their shared pots of local porridge as they sipped the concoction through long shoots of bamboo. These scenes of country life in Uganda call out of a level of community and relationship that Americans can only imagine.

Yet, just hours before we visited the baby home run by sisters of the congregation of Mary. Each child we met had its own story of being completely alone. From mothers dying in in childbirth to infants abandoned in the bush or on the nun’s doorstep, the little one’s had not a strand weaving them into the dense human web we witnessed on the road..To some degree, this also applies to the people of Barlonyo and other refugee camps, permanently severed from their relations, their ancestors and their home villages. They are ever rebuilding, but when will they truly become part of the fabric? 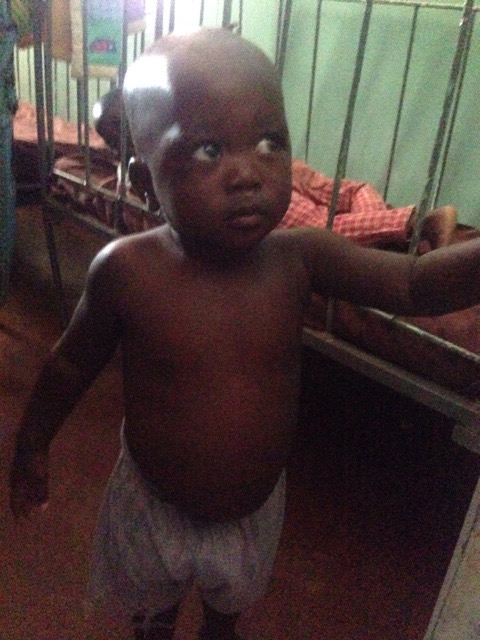