We were not allowed to take our cameras into Jinja Main Prison, so I did my best to inscribe the scene on my mind eye. Six or seven hundred prisoners were gathered before us dressed in the bright convict uniforms of yellow and the orange. We filed across the front as the prisoners sang and clapped to a Christian song in Luganda. Three drummers set the beat and a handful of leaders led the Hallelujahs, We were guests of an organization called Life After Prison, a Ugandan Christian ministry that visits the prison every Friday, bringing basic supplies like soap and toothbrushes to the prisoners and joining them in prayer. One of the organization leaders had served three years in the prison himself and urged us to share a message of hope with the prisoners, We sat In along row in front of the mass of men and listened to introduction by the warden and the prisoners assisting with the program.

With the help of a Luganda translator, each of the students made an impromptu self introduction, giving their own particular message of hope~~sometimes invoking God by name and sometimes not. I looked across the yard at the sea of faces and the bright eyes set in shades of black skin against the field of yellow and orange. I looked beyond the first ring of men gathered closest to the stage to the second tier who responded more moderately to the religious exhortations, And I picked out a scattering of Moslems in prayer hats, searching their faces for expression. I will remember a few faces in particular~~a well built man in his twenties with a high forehead and rounded black pate, His had Buddha eyes from stupas in the high Himalayas. A young man halfway in back met my gaze and I wondered what he thought of me, what he thought of himself.

The Christian message was heartfelt and uncompromising and the prisoners joined in at every turn. When it was my turn to speak, I offered a greeting in Luganda and talked about why I had travelled so far with my students, and how we hoped to learn from standpoints weldistant from our own.

The preachers entertained and inspired, sometimes gathering us uncomfortably along as though we were members of the flock. I might question their evangelical motivations, but I give them full credit for being there and for coming back every Friday. Few others commit to being there with steady messages of hope. I will not forget how the inmates reached out one by one to take my hand in a warm Ugandan handshake as I made my way to the front gate, In the brief moment that I waited for the gate to open, I felt in my throat a rising cry for freedom. 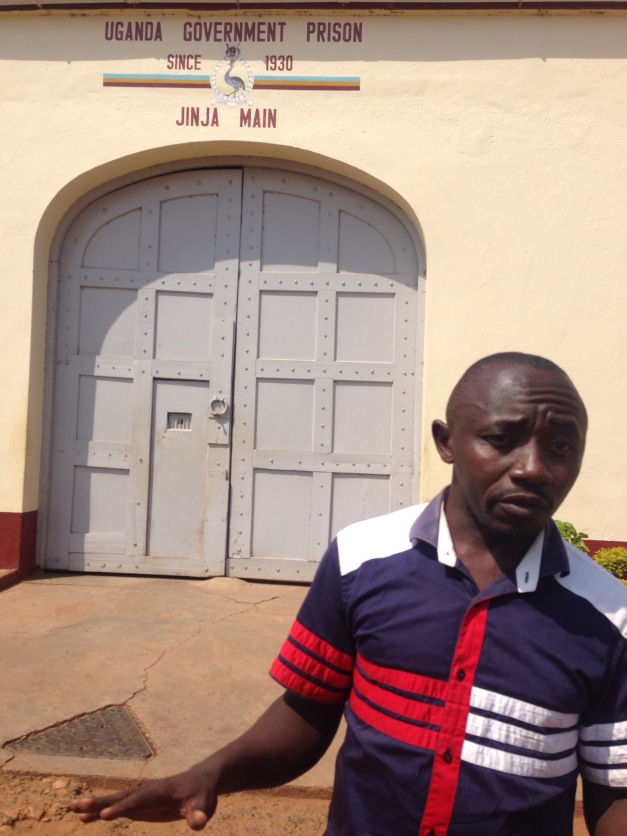